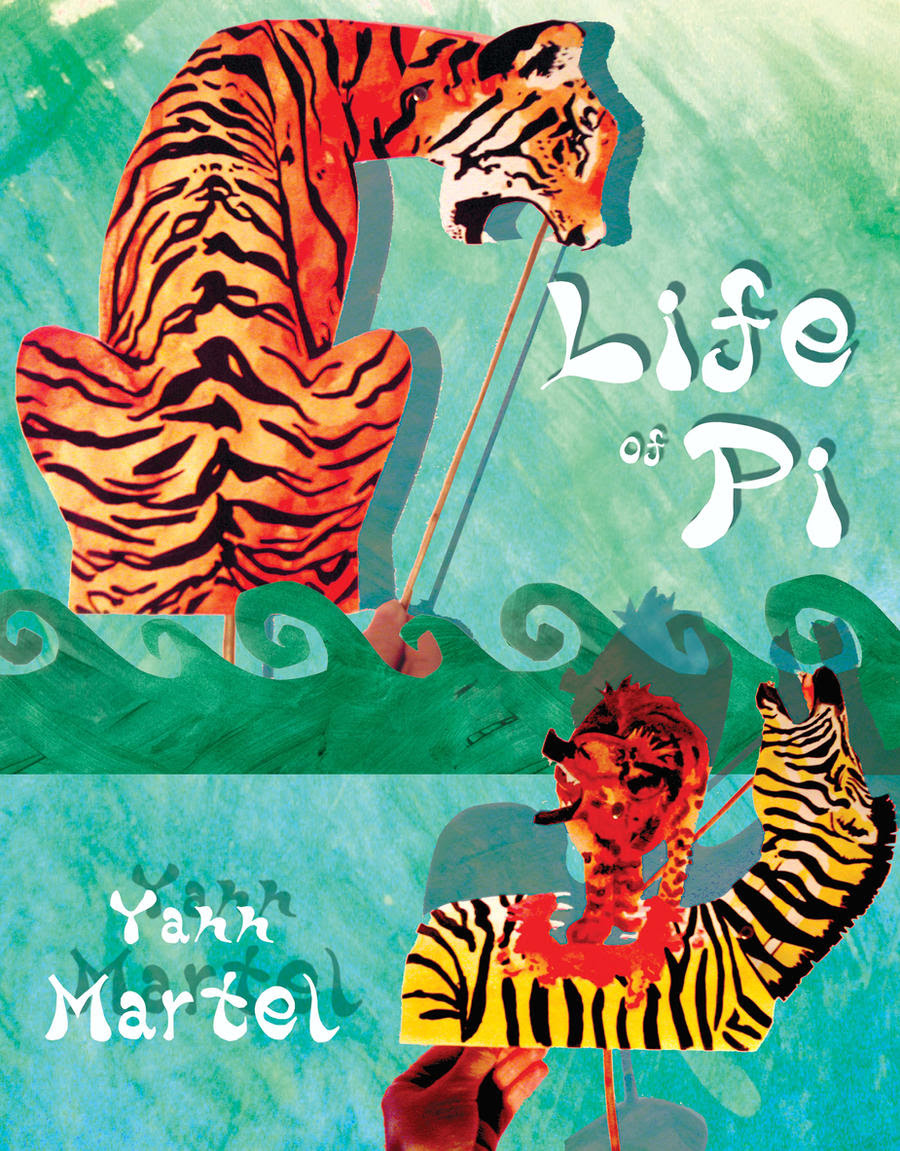 If you set out across the ocean, either by boat or by plane there may be a moment, when you cannot tell the difference between the water and the sky.   No solid ground to see or step on; no fences to protect you. Now, consider what you might feel if you found yourself alone, on a tiny boat: in the middle of the ocean.   Alone, except for the Bengal tiger at the other end of your tiny boat.

Perhaps you already know Pi Patel.  Maybe you have been with him on his epic voyage via the book, or the movie, Life of Pi.  Or maybe, you have no idea what I am talking about. Pi Patel is the son of a Zookeeper living in Southeast India in the 1970’s.  Pi, like the ancient Greek letter that looks like a small shelter. Pi’s father sells his entire zoo of animals to a Canadian, and he loads all the animals and his entire family on to a ship to sail them across the Pacific to their new homes.  Struck by a terrible storm in the middle of the ocean, the ship goes down and Pi Patel is the only survivor.  He finds himself alone and adrift, alone except for a sea sick tiger.

Did you feel the looming danger in our readings today? Just beyond our sight is a dark and terrifying night.  Abram is an old man in the desert.  A long time ago he heard God’s voice, he believed the angels. Now however, it is a wide open space on a moonless night and he is wondering what will become of him.  He hears God’s voice again And the Lord says that his descendants will number as the stars in the sky.
The light of those distant stars may be brilliant up close, but they are a long, long way from here. The emptiness is frightening. Those promises may be hard to believe.  Then we have Luke, who is leading us toward Jerusalem, tragedy and destruction hang in the air. Christ is the Lord, the Holy One, born in human flesh:  he heals and feeds and invites us to the Kingdom of God.  It is real and it is true and …some people just don’t believe it.

Luke knows where we are going and what will happen to our beloved.  And we fear it.  We like the man who heals us, who tells those strange stories, we like this Jesus who multiplies loaves and offers living water.  We do not like that he says he is going to die. We do not like that he is going to Jerusalem. Jerusalem is a city that killed the prophets, where Uriah, Zechariah, and perhaps even Isaiah met a bloody end.  There is fear and panic, a kingdom of anxiety.  We are scattered chickens running around the barnyard.  Just before our lessons today Jesus offers two parables: a mustard seed that grows into a tree with plenty of room for all, and a holy woman who pushes little tiny bits of blessed yeast all through the creation, enough to make an absurd amount of bread.  Come to me if you are hungry, there is plenty Jesus says.  But we are chicks running around a barnyard. We do not even stop when we ask him…will there be anything to eat?

Our gospel today is anxious because of two threats.  First, what lies beyond the barnyard. The fox that lurks in the dark, he is a fierce wild beast, for whom our flimsy fence is no hindrance at all.  Jesus proclaims that he has nothing to fear from earthly powers, but for everyday people that is terribly hard to believe.  Herod the fox is powerful, sly, and easily threatened. Mechanizations of power, or storms at sea, there are threats that are beyond our control.

The second threat is our failure to stop and pay attention. A mother hen calls us by name and we cannot hear her over the volume of our lives.  She wants to hold us tightly and we just keep running in circles. We sense the first crisis…we know that there is a wild beast in that dark and empty night.  Swamped by panic and fear, we simply lose our heads.  We may even decide that our safety lies in making friends with the fox. Jerusalem, Jerusalem oh my beloved, I offer you streams of living water, and you ask if there is anything to drink?

Our friend Pi has two threats as well.  First is the chaos that lies beyond the boat.  You sit on a lonely boath and there is nothing but a thousand miles of no one and nothing but water and her threats and her bounty.  You cannot drink the ocean, the salt will dehydrate you, and then you are nothing but tiger food.  So what are you to do?  His second threat is of course, the tiger.  The fierce wild beast that you share a tiny boat with and you cannot make friends with a tiger.

It is Lent.  It is time to lift up our eyes and look into that dark and terrifying night. To name the dangers, the chaos and despair that surrounds us. It is also time to take a deep breath, to stop, to pay attention. Pi survives because he does not remain in fear and panic.  He remembers what he has learned that can help tame the tiger.  He uses the supplies in the boat to make clean water and gather food that he, and the tiger, may live.

There is a third threat in the parable of the mother hen, the threat of fear itself.  The hen is the stone that the builders rejected, she is beloved, and she is to be sacrificed.  Can you hear the fear in this parable? Are you a mother or a father or a brother or a sister, and do you know that fear for the ones you love?  Is it his fear for us, or our fear for him?  From the grown up Pi Patel we are offered this advice. “Only fear can defeat life. It is a clever, treacherous adversary, how well I know.  It has no decency, respects no law or convention, shows no mercy. It goes for your weakest spot, which it finds with unerring ease.”

So perhaps all these pressures are just one threat.  They are the dark emptiness of Good Friday, which we must pass through to RISE on Eastermorning.  Jesus asks us to walk with him when it is easy, and when it is terribly, terribly hard.  He asks us to believe with our whole lives, to offer ourselves to our beloved as much as he offers himself to us.  So I ask myself: What supplies are hidden in my boat, that all may eat and drink and live? Can I take a deep breath, lift up my eyes, and follow him when he calls?

Jerusalem, Jerusalem! How often I have wanted to gather your people just as a hen gathers her chicks under her wings.  Why is it then that this can be so hard to believe?