Silence and the Empty Space Beyond the Text Passover was celebrated each year of Jesus’ life.  Yet, we know very little about what that looked like then.  There are references but few descriptions until more than 100 years after Jesus death.  In our text there is an unwritten assumption that you know what this Passover meal involves and what it means.  The telling of the Passion is a dialog with realities and remembrances about which the text is silent.  The ability of printed words to convey meaning is amazing and powerful.  However, text is limited by its own lines and curves.  It cannot convey everything.  There are infinite lives that we cannot see all around the dark lines of text.  Look at those pages.  Dark text on an infinite field of silent space.

Our four gospel accounts all place Jesus’ death in the vicinity of the Passover festival, even if they do not agree on how or when or why.  The memory and theology of the Passover is deep and personal and irremovable from the Passion narratives. It so imbedded that it is very much left unsaid.  To know the salvation of this devastating week, we have to enter the silent spaces between the words.  We have to enter the thousands of years of Exodus and Exile memories, to stand in the infinite soundless space that is a challenging re-membering of every Passover.

Biblical scholar Raymond Brown reminds us that,  ‘were scholars agreed on a portrait of the 'historical Jesus,' it would not cover one hundredth of the actual Jesus.’  If there was agreement on what happened that wretched week, it would not cover one fraction of the experience abandonment, or of the cruel agony of crucifixion.  The gospels do not clarify in words on a page how or why the death of Jesus is salvation.  They only insist that it is.

We read from that space beyond the text, from what looks like white but is actually a brilliant spectrum of color.  This is where the empty tomb shines on his Passion.  For when we rise and live in union with Christ that is where we can begin to understand the incomprehensible silence of the words: that it was necessary.

The 'children's sermon' portion included a brief explanation of the Passover tradition, the searching for the hidden matza and the sampling of matza and parsley.

Recording from the 8am service.

Posted by Jane Alice at 3:07 PM No comments: 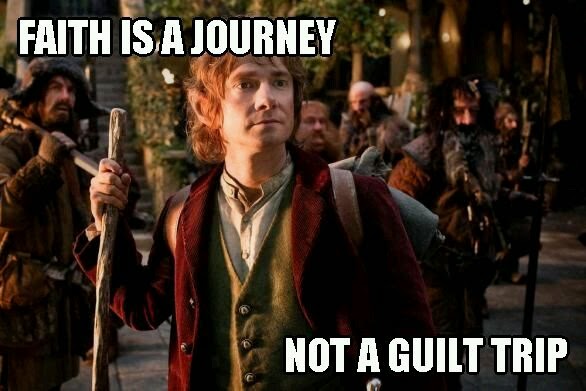 Mount Sinai is in the rear view mirror.  The terror of Egypt was a generation ago.  The wretched tears have faded in the sands of time.  Looking back, even slavery begins to look like safety.  At least we had boundaries, at least we had grain.  Ahead of us, we see unknown and hostile territory.  We are agitated and fearful. We are uncomfortable in this space between what was and what is not.

‘The people became impatient’.  A child endlessly wiggling, a spouse looking in the full cupboard and claiming there is nothing to eat.  The cat pawing your face at the hint of dawn, or a cartoon character running over a cliff.  We are impatient, and this is the source of much comedy.  The people whine at Moses, they moan at God, ‘we have nothing to eat and this manna is awful! Why did you bring us out here to die?!?’

It is comic enough already.  And then, come the snakes.  If you suffer from ophidiophobia, the fear of snakes, then today's reading, and the next few minutes, might be a bit uncomfortable.  The formal name for a snake is serpentes and it comes from the ancient Greek meaning I crawl.  They are native to most temperate land masses, except for New Zealand, Iceland, and sorry lads, Ireland.  The vast majority of snakes are non-venomous and most snakes only bite when they are trying to make their dinner!  The Sinai tourism website tells us that snakes there are found primarily in sandy areas with vegetation.  Maybe the impatient whining people went looking for something better in a crevice of desert foliage, and maybe they happened to disturb a snake convention.  Or, maybe, this unprovoked brood of vicious vipers  is so unusual as to suggest we look in another direction.

What if the snakes are not really snakes? What if the snakes are not really snakes?  What if they are metaphor, what if they are something more interior?  Snakes can be a symbol of potency, of vital energy:  the coiling of energy ready to move upward.   Their process of molting, the shedding of its entire skin, this recalls new birth and renewal.  In dreams, the experts say,  snakes may point to challenging issues, to difficult emotions, to the untamed self which is ready to transition into healing.  These refugee tribes are on the edge of their difficult migration toward Canaan.  They are distressed and impatient and confused and hungry.  We have all been here before, which is exactly what makes it a bit funny.  We are human.   We are impatient.

When you are stuck in a place of anxiety, what happens?  Do you snap at people?  Do you burrow in the sand?  Are you liable to forget your promises, to betray yourself?  Are you apt to turn from your loved ones, even God?  Do you try to numb the discomfort with spending or screens or food?  Do any of these reactions come back and bite you? Oh dear God, yes.  We know they do.  Scriptural scholar Walter Bruggemann says that, “We are greatly tempted by autonomy, commodity, and the technical.  When covenant fidelity is nullified in the interest of these modes, something deathly happens to all the parties.”  When we forget the best ways to live, the paths that he has shown us, when we get caught in snares of angst, we might start ‘shooting at snakes’. Caught in the jaws of numbing, we cling to the false hope of individuality and materialism.  How can we shed this skin? Come my way, my truth, my life.  Such a way as ends all strife.  Such a way as killeth death.

This serpent is a reminder that we are misled by passion and impatience.  Those times when we utter again the nostalgic error of ‘if only’: if only it was like it was when I was a child; or if only we could fill in the blank, then all of the raindrops will be lemon drops!  These ‘if only’ moments are exactly when we must stop and remember that God is present in every moment that has ever been, in every place ever created and in all the time that can be.  He is, in the words of St. Patrick’s Breastplate,  before us, and behind us, above us, under us, he is within us and all around us.  Come my way.

The story doesn’t end in a comic book worthy attack of the snakes.  For even in our most trivial and absurd moments of anxiety, even in these moments God heals us.  We who practice the way of God in Jesus, we come to the table because we are confused and wrong and hungry.  We come to the table to shed our old skins, to renew again our fidelity to God and to neighbor.  The mystery of the sacraments, and even of the bronze serpent, is that we know they heal us even though we know not how.  The deep truth of Eucharist, of breaking bread is that we are transformed by it.  All our muttering and numbing is a way of resistance, a way of trying to be comforted by remaining in the desert, rather than journeying forward into the unknown.

‘The people became impatient.’  And I laughed.  I know that story.  It is my story and your story. It could sum up the whole human side of the scriptural story.  ‘The people became impatient on the way.’ The End.   It is however, a comedy, and not a tragedy.  Not a comedy like stupid slapstick nonsense, but the classic meaning of a comedy.  The story is not one-sided, it is also a story of the graciousness of God,  who seems to love us more and more each time we stray and wander.  A Lord and Savior whose love for his creation seems to arise in deeper ways through each and every crisis that we find ourselves in.

It is a never-ending story that calls us back to the path of reconciliation and a life that tramples down death.  It is union with God that offers food for the hungry and healing for the bitten.  If this tale were a tragedy, it would end in destruction and hopelessness.  It is instead a holy comedy, because it ends in union with God, because it concludes with an amazing feast.

Come, my Way, my Truth, my Life:  Such a way as gives us breath;  Such a truth as ends all strife, Such a life as killeth death.