Listening to the Real: Snuffy, Teresa and Dietrich Bonhoeffer Walk Into a Neighborhood

When I was a child, Snuffleupagus was imaginary, or at least he seemed to be.  Like a gigantic furry ant-eater, or like a slender mammoth without tusks.  Snuffy, as he is sometimes called, was frequently seen on Sesame Street, however, only known by the viewers and Big Bird.  For 15 years he was spoken of, but not touched Snuffy was named, but not heard.  Part of his story was that he was crippled by shyness.  He was bound by anxiety and after so much time, he became more and more distressed by the idea of connecting with the neighborhood.  Snuffy’s story also seemed to be a 15-year metaphor for the unnoticed elephant in the room. 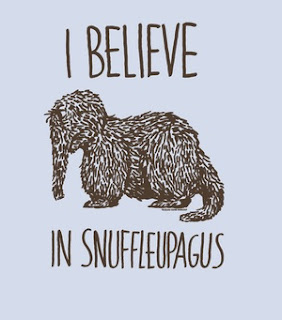 Interviews with writers and actors years later show a muddled memory about Snuffy’s existential crisis.  Writers claim he wasn’t supposed to be imaginary, and the actors share that they absolutely played their role from the stance of believing this creature to be the make-believe of Big Birds joyful heart.  Big Bird is an iconic and an ironic Muppet, a giant who is a child.  His heart and mind are about 6 years old, even though his stature is about 8 feet tall. Imaginary friends are normal for a young person, and so the ambiguity around Snuffleupagus had natural causes.

Yet over time, the writers and producers became concerned.  Troubled about the example they were setting for real children, real people daring to speak of an experience and neighbors not believing them.  Learning to listen, learning to hear real stories is as crucial to human development as knowing that cookie starts with C.  So, after 15 years of storytelling confinement,  the process was begun to bring Snuffleupagus into relationship with the whole neighborhood.  In the book Life Together, Dietrich Bonhoeffer reminds us of the following,

Christians have forgotten that the ministry of listening
has been committed to them by God who is the great listener
and whose work they should share.
We should listen with the ears of God that we may speak the Word of God.

Perhaps you are startled by Jesus’ healing of the woman who had been bound by her illness.  She really needs a name.  Let’s call her Zoe.  Zoe steps out of her captivity, walks out into a difficult world on a Sabbath day, and seeks after Jesus. Amazing how simply seeking Jesus’ hearing, raises Zoe to strength.  The neighborhood,  however, is outraged.  Jesus healed on the Sabbath, and that is not a resting thing to do.  This episode happens repeatedly in the Gospels.  Jesus heals someone on the Sabbath and the system freaks out.  Sometimes we are Zoe, sometimes we are the folks who are focused on the wrong syllable.  To which Jesus’ whole ministry lends us an ear and asks, Why are you living this way?  You know what matters: Come….Seek, Serve, Strive, Share.  Listening, being real, is what God asks.  Sesame Street simple and as hard as life together gets.

During my babysitting years, when they made Snuffy real,  I was aghast.  I liked the idea of that imaginary friend. Yet as an adult, I understand moving him from an unheard story to a known one.  Neighborhoods with stories that they agree not to tell or not to hear are systems that fail to thrive.  Re-watching the Snuffy scenes this week I was once again disappointed.  But this time, my feelings of dismay come from hearing how the people and Muppets in the neighborhood did more than just not listen to Big Bird over the years.  They ridiculed and shamed him so much that it had me uttering ‘stop it’ at the screen.  No wonder Snuffy stayed hidden, unheard and unseen.

Maybe this is part of what our gospel neighbor Zoe faced.  Not only an ailment, but a system so caught in their own noise that her home of constant denial was easier.  I am in awe of her Courage.  It took a wellspring of courage to bring her whole story to Jesus. 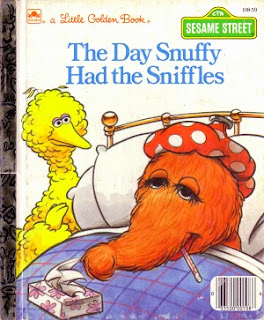 After all those years of un-knownness, there stood before them a kind shy neighbor.  The whole cast of the Sesame Street neighborhood stands there, a camera panning over jaws wide open.  One by one they walk up to Snuffy.  They touch his furry snout, and they finally hear Big Bird.  Dan Rather, CBS anchor, once asked Mother Teresa what she said during her prayers.   She answered, "I listen."   So Dan returned a new question and asked, "Well then, what does God say?"  Mother Teresa smiled with gladness and replied, "He listens."

Listening is transforming. We who follow Jesus are called to listen with the ears of God that we may live the Word of God.  Being committed to Christ and his church  is not being devoted to sunny or saccharine.  It is about being real.  Sunny days, rainy days, all the days.  Jesus beside us, before us, behind us, with us in holy listening to the whole story of the neighborhood.

Here at St. Paul’s we have been circling just outside the process of what comes next for most of the last year.  And today, Andrew will invite this community to enter the next stage of the Interim lifecycle.  Standing up straight.  Naming and listening, being real.

As we pray, Be Still and Know that I am God.

If you are a friend of St. Paul's and were not able to gather this weekend we hope you will check in with us so that you may offer your part to the project began by Andrew this week.

A link if the WIDGET does not play on your browser.
Posted by Jane Alice at 1:07 PM No comments:

When I lived elsewhere, there was this guy.  He was a friend of a friend and I could not stand him.  We had spent enough time around each other that I believed that we had nothing in common.  His name had syllables that echoed a name for the Devil, and I confess that I referred to him that way more than once.  However, for today I will call him, Mouth.  I disliked Mouth so much that on a World Cup afternoon, when the café I was at was packed to the brim, when I had a seat right in front of the screen, noticing Mouth coming in the door, I put my head down, and wished that he would not notice me.  I figuratively walked to the other side of the road. 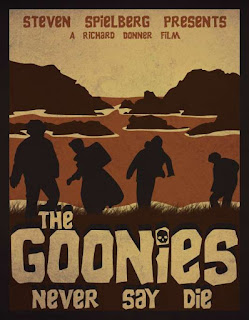 We spent the week diving into the Good Samaritan who is the outcast, the unwelcome stranger who is the most unlikely hero, the unexpected bearer of grace who carries a beaten man to safety.  We explored how God has already gifted us with everything we need for the rescue of the whole creation, it is already here, often in unexpected people like us, and waiting to be revealed and put to good use.  We also strangely enough, spent the week following the Goonies.  A group of outcast teens who are about to lose their homes.  They were looking for rescue, they were hoping to save their neighborhood.  And we met Sloth, a beaten and deformed and uncared for man who calls out to them, an unlikely superperson.  Hey you guys!

So these Goonies teens, they followed a whispered rumor of treasures underground.  Those Goonies were just kids, however they dared greatly and entered into the adventure of hope. They went through dark tunnels,  full of booby traps and dangers.  They find their strength in each other, they find that there is something that matters more than their pain.  The Goonie journey is a metaphor of bold trust, transformation of hearts, and a metaphor for the treasures that await when we step out with the trust of a child.  It is amazing what big whole hearted love can do.  It is stunning what daring to welcome a stranger can do.  Loving the hard to love neighbor is a treasure that can heal, loving the scary creature is a gift that can feed, loving the outcast is a holy blessing.

The treasure that waits right underneath our feet is the good news that Christ is a gift for us.  Jesus wants us to shout love and whisper kindness and live his call to love the whole neighborhood.  Jesus invites us to embrace his whole life in the center of our being.  He wants for us to discover the gifts of love that are already present, precious jewels in us and all around us, priceless good news which can shine bright enough to transform all the dark tunnels we find ourselves in.  These Goonie friends rescued one another, liberated a broken stranger, and in so doing rescued their neighborhood.  Jesus calls to us in his parable, calls to Go and Do Likewise.  Go Love God with all we have.  Go Love All People as Much As God Loves Us.  Go Rise By Lifting Others.  Go Be a Gift Giver.  Go Pay Attention, because treasures come in the most unexpected ways. 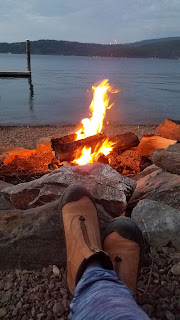 So my friend of a friend, the one I am calling Mouth, the one I needed lots of help learning to love, one day he surprised me.  We were chatting at one more gathering of mutual friends, and I was hoping for social rescue.  Somehow the topic of the Governor came up.  And he said, ‘I just love that woman’.  I knew enough about Mouth to know that his political opinions didn’t jive with anything she ever did or said.  So my ears perked up and my lips uttered the word ‘Really???’ ‘Yeah’, he said.  ‘I don’t like her policies, but one day last year I decided to pray for her. Everyday. So I do. And man, I gotta tell you, I love that woman.  I don’t like her choices, I ain’t gonna vote for her, but I love that woman.’ So here was this guy, who I derided and avoided the company of, showing me how to truly love the other as Jesus commands us to.  Showing me how to heal.  Unexpected treasures, right in front of me.

The question posed to Jesus is ‘how do we find union with God, how do we make God’s reign real on earth and in our lives?’  His answer is by loving God with all your heart, and loving all your neighbors as much as God loves you.  All of them.  Sometimes our rescue comes in unexpected treasures and unfriendly faces.  Hey You Guys…Go! Love, Serve, Heal, Pray… and Wake the World!