Converting from the Conventional: Buffyverse, Conversion, and Progressive Chrisitian mission 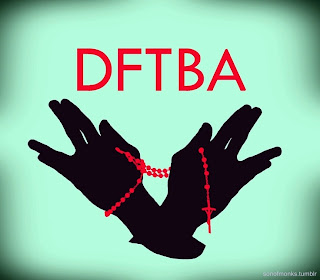 
The title Buffy the Vampire Slayer suggests humor, horror, action and drama all in one phrase. The opening narration suggests this is a story about one girl battling evil – but that is a bait and switch. Buffy the Vampire Slayer, and its spin-off series Angel, is about the communal pursuit of redemption and safety in the face of intense forces of evil and fragmentation. Buffy is the one Slayer, a bit of a Barbie who saves the world a lot. What is the plural of apocalypse anyways? Contrary to tradition she has attracted a team with whom she turns back the tide of horrific and humorous dark magic’s, demons, vampires and human perversions. It is a love story; an epic of affection for a world that feels like it has gone mad; a questing for holy intervention; a sketching of the necessity of a community; and a striving against violent waves of darkness.

Outside of my professional responsibilities as a Christian pastor I know I have converted people to four other things. 1 – baseball 2 – Todd Snider, no really, check him out, he’s good (a poster for an album decks the outside of the Magic Box at one point), 3- Buffy  4- Craft Beer.  Buffy/Angel are a pair of 20/21st century television shows that were a postmodern-ish playground for the interaction of the daily crisis and otherworldly spiritual forces. This is in stark contrast, if not battle with, the modernist empiricism, materialism and capitalism of the late 20th century. The crises of the people (and other beings) are demonically demonstrated reflections of our own.

I cannot imagine anyone finding this hashtag who doesn't know the Josh Whedon created shows  - but they both are commonly referred to as the Buffyverse.  Here the heroes of the Buffyverse are creatures constantly in the processes of conversion to their mission and vocation. Conversion is not only a persistent experience within the Buffyverse, but it is also the way many people describe their entry into following the show(s). So it feels  natural to reflect on religious conversion from a progressive religious perspective using the hours of narrative of the most theologically dense shows ever.

In this blog series I will be adapting an old paper to discuss conversion in the Buffyverse generally – from what to what, the kinds and stages of conversion. At the same time I identify the stages and types of the threefold conversion process of Cordelia Chase, a primary character first on Buffy and then on Angel. Spike might take the prize for the steepest conversions, but I chose Cordelia not only for the extremity of her conversions but because of her initial allegiance with the conventional world that religious institutions can feel in battle with every day.  If high school was hell, conventionality might be worse.  What did CS Lewis say, a world full of nice people being nice is that much harder to save?

There is one further reason for choosing to examine the conversion of Cordelia in the Buffyverse. Given our individualist culture, evil tends to be assigned to individual interactions. The context of these shows provides an alternative narrative: evil is dangerously large and not a one on one phenomenon. This is an attractive and resonant vision for the youngest adults in our society who have felt acutely victimized by their forbearer’s constant scapegoating. To confront persistent systemic evil, the collective courage and appreciation of difference in a multicultural society is demanded. The youngest generations respond to Buffy and friends because they provide a post-modern story to find each other in. It is a vision of how we can meet the ever-present critical challenges that are worth our blood, sweat and tears.
Furthermore, the concurrent attraction for philosophical, sociological and religious academics suggests that the Buffyverse may be a meeting place between the overeducated and the everyday citizen. Academia of the humanities has consistently struggled to communicate with conventional people effectively regarding the complex but essential issues we study and everyone lives with. These shows portray these topics on a regular basis, sidestepping the sometimes emotionally loaded traditional sources. This makes Buffy an excellent medium to examine the sometimes verboten topic in progressive Christian zones - that is religious conversion.

“How do you know the other world is any better than this? Because it has to be.”
-Rupert Giles