Not Droids: The Life in a Psalm and the Road to Emmaus 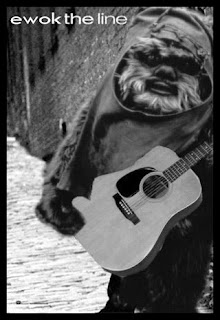 Their heads were down, their hearts were tossed about. Looking back just hardly one week, they couldn’t recall very much.  Following Jesus, who said such amazing things and did such wonderful things, that they left their nets, and their stability, and followed him.  When they came into the city strangers shouted Hosanna as he passed. Such an upswing, then it all went wrong. He was arrested, and they didn’t know what to do.  Some froze, some ran, some lurked, some stayed. Our Jesus was tried by the powers that be and he was killed by the same.  Accused of rebellion and blasphemy, these two friends were known to be with him.  Maybe they wondered if they should flee the battle, or remain and resist?

Now at this moment, they are more confused than before. The women say he is risen.  That his tomb was empty.  Apparently, an angel told them ‘Be not afraid. ‘ Yeah right.  Not knowing what to do,  these two friends of Jesus left the city. When I imagine these two departing friends of Jesus, I imagine a barren landscape.  An empty road and sand dunes to the left and to the right. Shoulders hunched over, emotional blinders like a helmet over their heads.  Two friends traveling, rather lost in a desert, and very much alone is what comes to my mind. I see two people with little idea of where they are going or what they will do next.

Our imagining of biblical settings is influenced by many many things.  The clothes we wear and the wishfulness of our hearts,  the households we grew up in and art in all its forms.  I realized this week that the scene that is consistently in my mind for this walk to Emmaus is likely WRONG.  Because what I see is two friends on a desert landscape.   Jettisoned from a battle they didn’t understand, with knowledge they couldn’t comprehend.  I realized this week that what I am actually imagining is R2D2 and C3P0 on Tatooine.  Two robots escaping the chaos, a golden humanoid stiffly walking and smaller blue and white barrel rolling along on a lonely planet in the Star Wars universe.  A scene that is probably not anything like the road from Jerusalem to Emmaus. In some ways the mash-up in my head is right, when we first meet those droids they have escaped a confusing battle, and it is fair to say that the experience of the disciples and friends of Jesus could have felt much the same.  The part where my imagined scene is wrong is the emptyness.  The actual Emmaus has been lost in the sands of time, but all the probable sites are within 15 miles of Mount Zion.  This Emmaus journey begins and ends in Jerusalem, the holy city on the tail end of the largest festival of them all, the Passover.  The roads in and out of Jerusalem would have been like a hive with bees in spring, coming and going in every direction.

There is much confusion and disorienting busyness in our readings today.  We begin with an Acts segment, where Peter is proclaiming what might be the first recorded speech of the Jesus movement.  It is a slice of the Pentecost speech, right after all that unusualness.  Then our Psalm is a Thanksgiving psalm, or at least it has all the parts of one.  But they are sort of out of order like someone dropped their essay and put it back together in a hurry.  Our texts are full of puzzles and problems and misunderstandings.  Our texts are much like us.  Real Easter stories, colored with the strangeness of proclaiming and following Christ as Lord in a world that all the while continues in its chaos and cruelty.

In general, scholars believe that behind many Psalms are real stories. Real moments when the cords of death entangled someone or some community. The Psalms continue to reach out to us, call us to say and pray them again and again, because we continue to find ourselves in them.  We can see in Psalms three directions: ORIENTATION, DISORIENTATION, AND REORIENTATION. (Bruggemann)  This Emmaus episode is rather like the full story we find behind a psalm of re-orientation.  It is that part of our story where we didn’t know what was going on, where everything seemed lost and overwhelming, and how through revelation and sacred community we were turned back toward holiness.

Let me tell you of one more part of the story that may not be in the text, but can be in our experience of reorientation.  I have a friend, let’s call him Finn. Finn is kind and good and fairly conventional.  But well, there is this social keep silent thing that happens in our culture.  Where if you don’t know something in a conversation or a lecture, it is pretty normal to just keep going.  Maybe look it up later.  Pretend like you know what is going on.   My friend Finn, he doesn’t seem to care about that social norm. He asks questions, all the time.  When we had first met I recall thinking, ‘I cannot believe you just asked that!’  We have wondered for a while how we became friends, and this made hold the clue. He was new to the Episcopal church, he had questions, and I tended to have answers, or at least knew where to find them. The reorientation of Easter isn’t complete on this side of the tomb.  If anything Easter only creates a lifetime of questions.  If your last effort at having an inquiring mind in regards to your faith was long long ago,  it is time to be re-oriented,  God is calling you to make a u-turn.  If your most recent Christian formation experience was before anyone ever heard of R2D2 or C3P0, then you just might very much feel that you are all alone in a desert landscape, or even feel like a broken ship stuck in the sand.

Last week we baptized young Ms. M,  and as part of that rite we make baptismal promises again.  The very first one is to ‘continue in the apostles teaching, in the breaking of bread and in the prayers.’  It is both a plain directive and a little bit of one that might need some clearer answers.  Continue in the apostles teaching means continuing to be in community studying scripture and tradition and experience and history.  Continuing to be explorers who are questioning and growing. Be like the apostles, people who got it right and got it wrong, but kept on following the Way and asking questions.

The Breaking of the bread promise is a little less cloaked, a promise to share in the sacramental life together.  Baptism is once, communion is again and again and again.  Same story, different key: God welcomes you and our neighbors, welcomes questions, seeks transformation and unity that we know can be found in common prayer and holy meals.  We are travelers on a journey together, feasting and asking and getting turned back around.  We do not have to be lost and lonely droids on a desert road.

Authentic practitioners of the way of Jesus are lifelong learners. I used to think my pal Finn and his questions were outrageous. Now I wish that more of us would name our questions out loud. I don’t have Jedi mind reading skills, neither does Andrew and nor will your next Rector.  We need your help. We need you to name the questions you have like you are sitting with Jesus and breaking bread.  What are your questions and how can we help you be lifelong learners?  How can we do our duty to help you continue in the apostles teaching and fellowship?

You can destroy the death star, not once but twice, you can have fireworks and dancing Ewoks, but tomorrow is another day and there is still bitterness and grief all across the galaxy.  The Emmaus story bears the orientation, disorientation and the reorientation of our life as followers in the Jesus movement. Easter is both the glorious triumphal ending, and it is only the beginning of our journey. 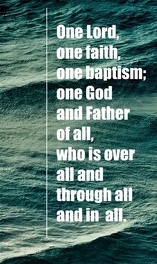 We are on a crowded road together, rumbling with the middle of a story where the work of Easter is not over yet.  The movement will not survive placidness, and self-satisfaction, or heads down thinking you already know what you need to know.  Jesus has come alongside you in the crowded rumble of our life right now. Imagine that scene. Who is with you?  What is the landscape like? What do you want to ask Jesus? What might he ask of you?  Will you continue in the apostles teaching and fellowship, the breaking of bread and in the prayers? We will with God’s help.

Maybe a functioning Link if the widget for audio doesn't work!